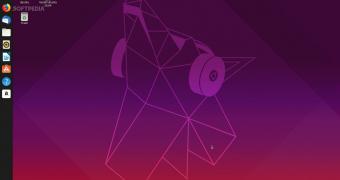 Canonical released today Ubuntu 19.04 (Disco Dingo), the latest version of one of the world’s most popular Linux-based operating systems incorporating the newest GNU/Linux technologies and the most recent Open Source software.

The 30th release of the Ubuntu Linux operating system, Ubuntu 19.04, is dubbed as the Disco Dingo because it’s a fun release consisting of up-to-date components. It’s a release for the bleeding-edge Ubuntu user who wants to have the latest GNU/Linux software and technologies on his/her personal computer.

Ubuntu 19.04 has been in development during the past six months and it’s the obvious upgrade to last year’s Ubuntu 18.10 (Cosmic Cuttlefish) release. Of course, users can also update from Ubuntu 18.04 LTS (Bionic Beaver) or a previous LTS release, but it’s not recommended to do so because of the short lifespan.

“The open-source-first on Ubuntu movement in telco, finance, and media has spread to other sectors. From the public cloud to the pri… (read more)