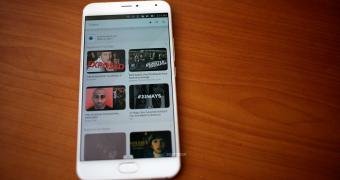 A stability and bugfix release, the Ubuntu Touch OTA-8 update is here to add several improvements to the Morph Browser, among which we can mention support for the experimental system-wide dark theme, support for favicons in favorites, and support for apps to inject custom JavaScript into embedded Morph.Web views.

Moreover, Morph Browser will now display a themed error page when the loading of pages fails, no longer fails to load the initial page of certain Web Apps, closes all tabs in a window before closing it to stop any media, supports custom user scripts for Web Apps, and correctly displays the keyboard for some screens.

Among other improvements that landed in Ubuntu Touch OTA-8, we can mention that the Android container pre-start script has been updated for halium-boot, the test functionality in the Ubuntu UI … (read more)