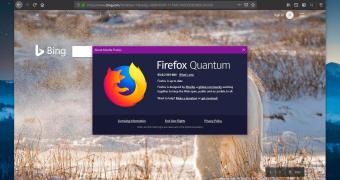 Mozilla Firefox has recently received a new update on all supported desktop platforms, as the parent company makes another step towards the next major browser release.

Firefox 65.0.2 is thus available for download on Windows, Linux, and macOS, but the ones getting more love this time are those running Microsoft’s operating system.

While users on all these platforms should install the new Firefox build as soon as possible, version 65.0.2 resolves a geolocation issue on Windows, as per the official changelog.