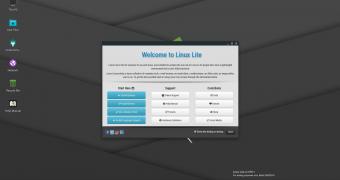 Based on the Ubuntu 18.04.2 LTS (Bionic Beaver) operating system, Linux Lite 4.4 will be released in a month from the moment of writing and promises to offer users an up-to-date live and installation media that also brings various minor changes to artwork with an updated Papirus icon theme and to software selection with the addition of the Sound Juicer CD ripper app.

However, the biggest change of this new development cycle for Linux Lite is the move from Beta releases to RC (Release Candidate) releases to match the build quality of pre-release images much better. The RC build number will be displayed on the default wallpaper, login screen, and boot splash screen, which will be removed in the final rel… (read more)